After the disappointment of coming 3rd and 4th at Reading & District, to say mummy was nervous about appearing in the Southern Counties Champ. show would be an understatement.

It rubbed off on me slightly, I had uh… a squitty rear end… and that’s NOT fun when you’re at a show.  I do hold it in until I can find a spot of grass, but to mummy’s horror – the show rings were on grass.  Crispy grass too as it was quite warm.  I’ve never done a show walk on grass before and was skittering around because I don’t like crispy grass.

To try and remedy this, Mummy sped up, which made me bunny hop round the ring at times.  Not ‘appropriate’ apparently.

And I was up against Ben the Welsh again.  He beat me.  Again.  And he deserved to – he’s a much better structured Welsh than I.  I like him a lot, and his human offers us lots of handy tips and tricks.  They’re good eggs.

Despite all of this – I came second in PGD Welsh (behind Ben) and then 1st in Open Welsh.  So I got beautiful rosettes, mummy was pleased and I got lots of kisses from random humans.

Turns out, Southern Counties is a bigger affair than most shows i’ve been to in the past.  Lots of stalls to buy things (I got a new show lead), lots of visitors who come to see the dogs, and Dad saw a pal from work who breeds Rottweilers!

And my bottom behaved itself within a few hours.  Phew! 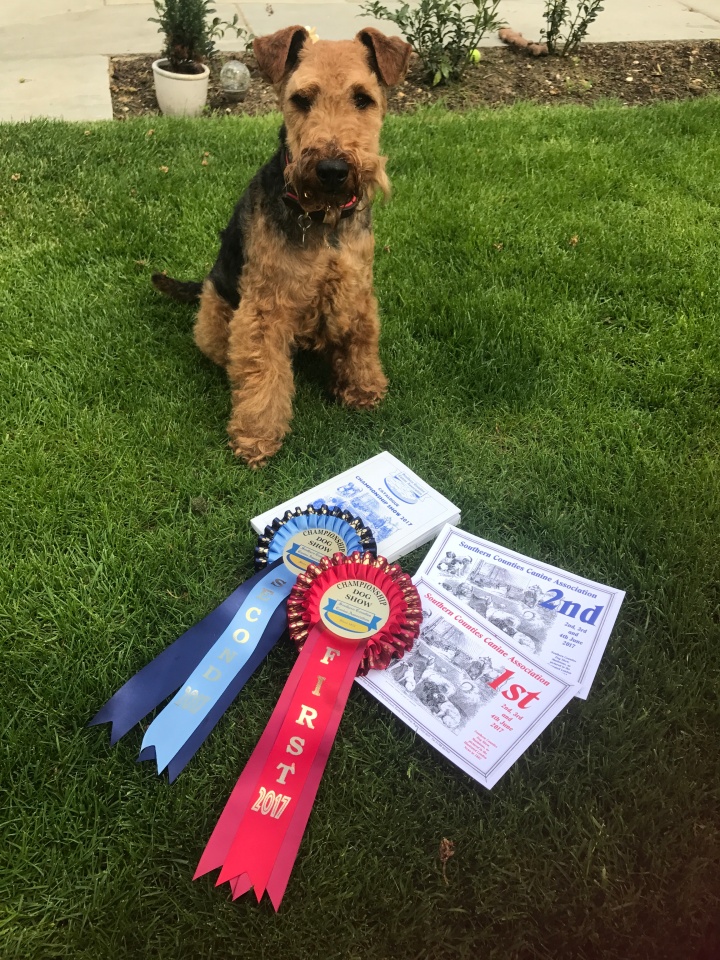